"Jayhawk: Love, Loss, Liberation, and Terror over the Pacific" 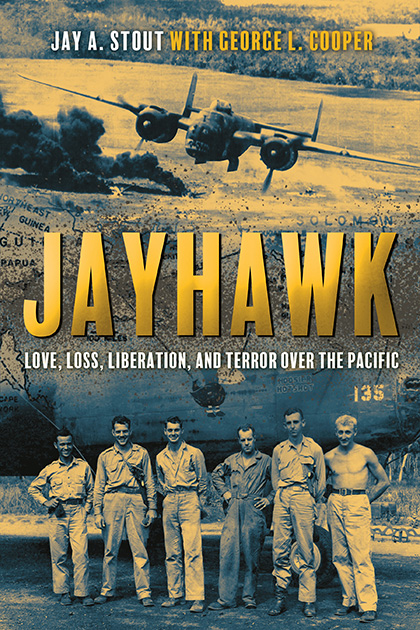 Just released in August of 2020, Jayhawk: Love, Loss, Liberation, and Terror over the Pacific, tells the story of the early life of George Cooper, long time resident of the Tonganoxie area. George was also very active in the Tonganoxie Community Historical Society, as president, vice president, and volunteer in the decade from 1997 to 2007, when the museum was the focus of volunteer efforts and became a reality.

The book is a well-written military history by Jay Stout, describing George’s experiences as a pilot during World War II. But the story is also a human one – of George’s family, his childhood in the Philippines, and his coming of age in difficult times. As George says of the book, “It covers a period of my father’s time in the Philippines, my childhood and my WWII experience.”

The book can be purchased at the Tonganoxie Museum and all copies sold at the museum will be autographed by George Cooper. Call or email to reserve your copy. 913-845-2960; TCHSTonganoxie@gmail.com.

Books are available for sale by the Tonganoxie Community Historical Society. If it has to be mailed, a mailing fee will be charged.